Delmanor Prince Edward has taken on an exciting event to sponsor and support in their local community! 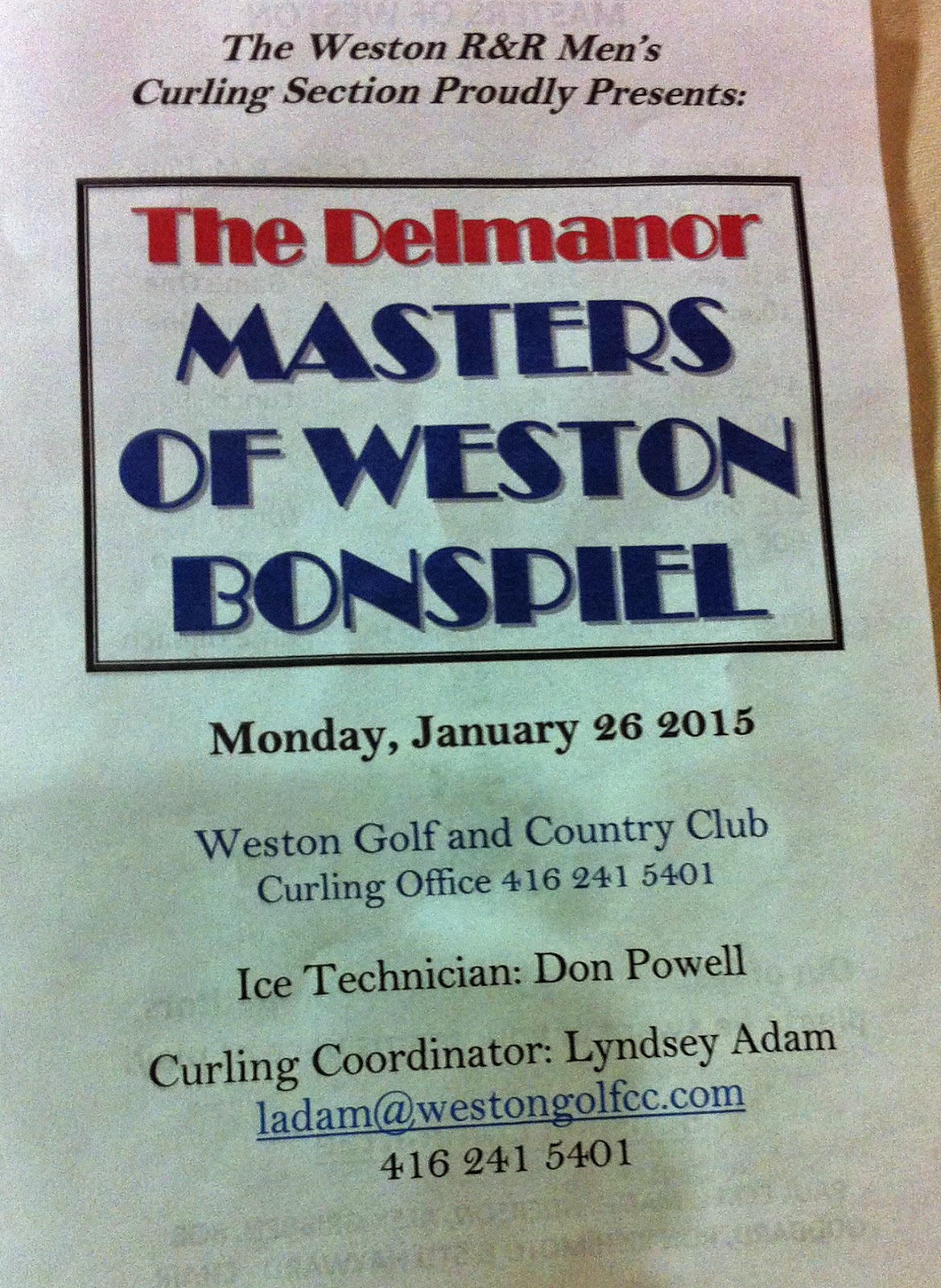 The ‘Masters of Weston Bonspiel‘ is a Senior Mens event that is held at the Weston Golf & Country Club.  The participants are divided into two groups; the first group was made up of 40 members that were the ‘Senior-Seniors” and the second group was 40 curlers made up the “Junior-Seniors“.

After a brief intermission where a few volunteers stepped in to curl following two separate falls, the teamwork was outstanding and held the tournament together until the two seniors that fell returned in perfect health!

As the first group came off of the ice, the winning team purchased a beverage for their counterparts on the other team!  Such a display of sportsman-like behaviour, and exactly what this Bonspiel event is made of!

All of the curlers then enjoyed a wonderful lunch buffet of pulled pork sandwiches and soup.  A lovely treat to complete a fantastic afternoon.  Four curlers from Oakville attended the event for the first time.  Delmanor Glen Abbey has sponsored the seniors mens bonspiel for many years,  and it was wonderful having a sister property to share this afternoon with!

Julie Shuster, Marketing & Community Relations Manager from Delmanor Prince Edward spoke to the seniors about Delmanor Prince Edward and provided retirement living information about options available to active seniors.  The curlers all thanked Julie and Delmanor Prince Edward for their generous sponsorship of this great event and hope to be involved together for many years to come. The afternoon was closed with a ballot draw for a bottle of Glen Fiddich Whiskey.  What a successful event!

If you would like to learn more about retirement living at Delmanor Prince Edward, or to arrange a tour of the residence, please contact Julie or Pam, Marketing & Community Relations Managers at (416) 233-0725 or online at delmanor.com